Romance on the Road

Posted on 01/08/2021 in News
The road trip is quintessential Americana, just like baseball and Fourth of July fireworks. The charm of the great American road trip, which was praised by authors like Walt Whitman and Jack Kerouac, seemed locked in the distant memory of their words. But with more couples looking to travel domestically these days, the road trip has returned — just look at the recent boom in RV rentals. So fire up the perfect playlist and hit the open road; the following destinations are among the many possibilities. 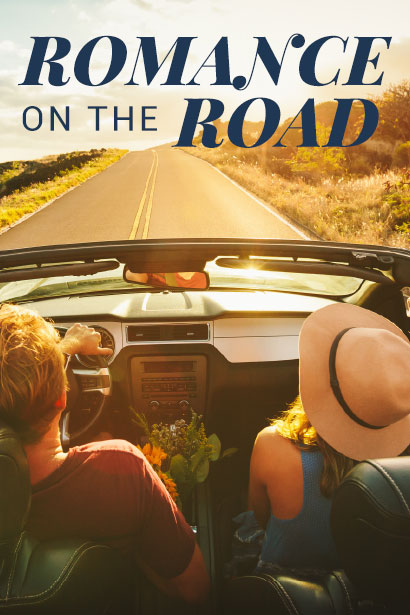 Roadtrip down the California Coast

The state’s slogan says it all — Virginia Is for Lovers. Embrace the romantic challenge to take your photo with the 200+ LOVEworks signs scattered across the state.

For couples who live in mid-Atlantic cities like Washington, D.C. or Baltimore, Virginia wine country makes for an easy, rejuvenating minimoon that’s a little closer to home than Napa Valley. You’ll find more than 300 wineries and several wine trails, all surrounded by stunning scenery and plenty of historic small towns to visit along the way.

The largest concentration of wineries in Virginia is on the Monticello Wine Trail, with the charming city of Charlottesville at its center and the home of Thomas Jefferson nearby. Must-visits include Barboursville, a stately winery run by the Zonin family from Veneto, Italy and Blenheim Vineyards, owned by rocker Dave Matthews.

On the Shenandoah Valley Wine Country Trail, you’ll roll past orchards, horse farms, historic sites and breathtaking mountains on your winery-hopping route. History buffs may want to stop at the numerous Civil War battlefields along the way.

Cathedral Rock in Sedona, Arizona in the evening light

Get in touch with your spiritual side in Sedona, Arizona, a prime destination for hiking enthusiasts and one that’s particularly scenic in the fall, with its temperate weather and verdurous foliage. Watch the sun set on beautiful sites like red-rocked Oak Creek Canyon, often described as “the Grand Canyon’s smaller cousin.” Go horseback riding, fishing, mountain climbing or on a sunset hot-air balloon ride.

Why not stop by the Grand Canyon, one of the Seven Natural Wonders of the World, while you’re at it? A road trip from Sedona to Las Vegas is both relaxing and thrilling — after camping out at the Grand Canyon, drive to Zion National Park for wildlife spotting and land in the City of Lights for a glitzy end to your nature-filled honeymoon. Dine at world-renowned restaurants, luxuriate by rooftop pools and witness the Fountains of Bellagio’s dramatic nighttime water show.

Bridge into Key West from Islamorada

Miami to the Florida Keys

It’s easy to spend a long weekend or a full week exploring the gems along the Florida Keys. Technically the trip only takes four hours but with all the roadside attractions from Miami to Key West, you’ll want to take your time to savor this journey. Attractions include street-side eateries, national parks and movie memorabilia.

Dine on conch fritters and smoked fish at Alabama Jack’s, stop at MM88 tiki bar for a cocktail on the sand and meet colorful locals at Turtle Club in Key Largo. Give yourselves time to visit Everglades National Park, the largest subtropical wilderness in the U.S., and go
boating among manatees and crocodiles.

In Key Largo, play like Humphrey Bogart and Katherine Hepburn and take a scenic canal ride on the ship featured in their 1951 film, “The African Queen.” The Seven Mile Bridge, or the Overseas Highway, that connects the Keys was the longest bridge in the world when it was constructed in 1912 and it’s still a sight to be seen.

Easily the most quintessential American road trip after Route 66, the Pacific Coast Highway is too beautiful to skip. Begin in San Francisco instead of Los Angeles, so you’ll be driving closer to the ocean. Stop
in quaint seaside towns like Carmel-by-the-Sea and Pismo Beach that feel more local and laid-back than touristy.

The Monterey Bay Aquarium is one of the best in the country, boasting more than 35,000 animals including humpback whales. Wildlife can also be experienced in its natural habitat: get up close to 15,000 elephant seals at Piedras Blancas Beach. Outdoorsy travelers must stop at Big Sur for hiking, bird watching or camping over magnificent ocean vistas.

There are plenty of cultural attractions as well as natural ones. Gaze at 17th century art and artifacts and colorful gardens at the still-operating church, Old Mission Santa Barbara. Nestled in the hills of San Simeon village, Hearst Castle, the famed home of late newspaper publisher William Randolph Hearst, is a study in opulence. You may get inspiration for your new home together!

Romance on the Road

Posted on 01/29/2021
The road trip is quintessential Americana, just like baseball and Fourth o ...

Why Cruises Love Resorts Too